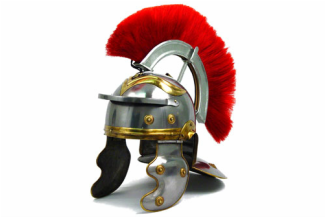 The start at 4 o’clock on the Friday was in glorious sunshine and the Challengers made good time to the Devizes Camp Site, but the numbers had reduced by 2. Most arrived around eight o’clock, feasted on the awaiting BBQ before retiring for the night. The stormy night survived the Challengers were woken just before 5 o’clock for the start one hour later.

The magnificent 84 now made their way to St Lawrence Church, Hungerford, and the 50 miles half way point. They were welcomed by the Headmaster, Andrew Davies. Resting momentarily, the challengers feasted on the buffet of rolls, cake, fruit and energy bars before returning along the same canal tow path.  22 challengers were to fall here and on the long 28 miles journey back to the Devizes encampment.

On the final morning 62 challengers set off to return to the school by 4 o’clock to qualify as Centurions. Jacob Govier was the first back covering the final 22miles in just under 4 hours, the next three Dan Ashenden, Rufus Jones, Tom Pearce all came in together so will all have their names engraved into the Centurion Challenge Hall of Fame.  The others followed quickly and were greeted by friends and family to be hailed as Centurions.  Even when the heavens opened up they all Centurions still had smiles on their faces.

Ben Gilbert whose feet suffered terribly with blistered said ‘ I knew I could do it, and the Champagne from the Headmaster at the end made it all worthwhile’. (Ben has not worn shoes for 4 days after the challenge)
Alex Morris said ‘I almost cried on the second night, I was so tired but my friends Kyle and Richard helped my through. We all helped each other, it’s a long, long way’
Joseph Adams said ‘I was nervous, frightened at first, but as I went on I was tired but I always knew I could do it, now I just want my Centurion Challenge tie’

Centurions this is the final step. Centurions  paid their entry fee before the challenge took place and now need to pay their sponsorship money. Parentpay is now ready to accept donations of any amount . If you too would like to donate to our chosen charity the Bath Cancer Unit Support Group’s Positron Scanner Appeal for Bath’s Royal United Hospital. Cash can be handed in directly to the Finance Office or at as a last resort Reception or you can do it on line directly.

We are at present working on a photo-book of this year’s challenge and this will be available to purchase directly from Photobox sometime over the summer.  When you receive the link I would urge you to register with Photobox as they frequently have discount offers that substantially reduce the cost of the book, as ever the headline price is not the real price ! The headline price is always heavily discounted over time so it’s worth waiting. However postage and packaging is always an extra and there is usually a choice of the type of cover.

Its done !  A link to the photo book is below . . . . just click on the picture.
Richard Stewart
Centurion Challenge Organiser